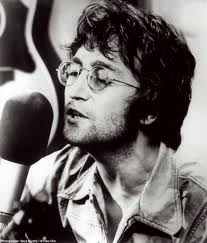 Of all the celebrity auctions, teeth are definitely among the most surprising items up for bid. John Lennon's Tooth Sold for $31,200

Just when you think celebrity exploitation
couldn’t get any crazier – it does. Things got wild on Saturday at an auction held in England. One of the items up for bid was the tooth of music legend and member of the Beatles, John Lennon. So, how did such an item end up being sold at an auction?

In the 1960s, Lennon had a housekeeper by the name of Dot Jarlett. He ended up losing his molar and had instructed his housekeeper to dispose of the tooth, but supposedly then decided to let her keep it. According to Dot, John had known her daughter was a big Beatles fan and he wanted her to keep it.

Now, more than 40 years later, the tooth finds itself being sold for $31,200 in an auction hosted by Omega Auctions. It’s being reported that it was sold to a Canadian dentist, though this has not been confirmed. Originally, the molar was selling for $16,000, and ended up being sold for almost twice the price. The tooth is too fragile to test the authenticity. So it is unconfirmed whether the DNA in the tooth matches that of the late rock legend.

When the new first broke about the auction, Karen Fairweather of Omega Auctions said, "This is the most wonderful and weird item that we have ever had for sale. It is a truly unique item and it is really difficult to put a value on it."